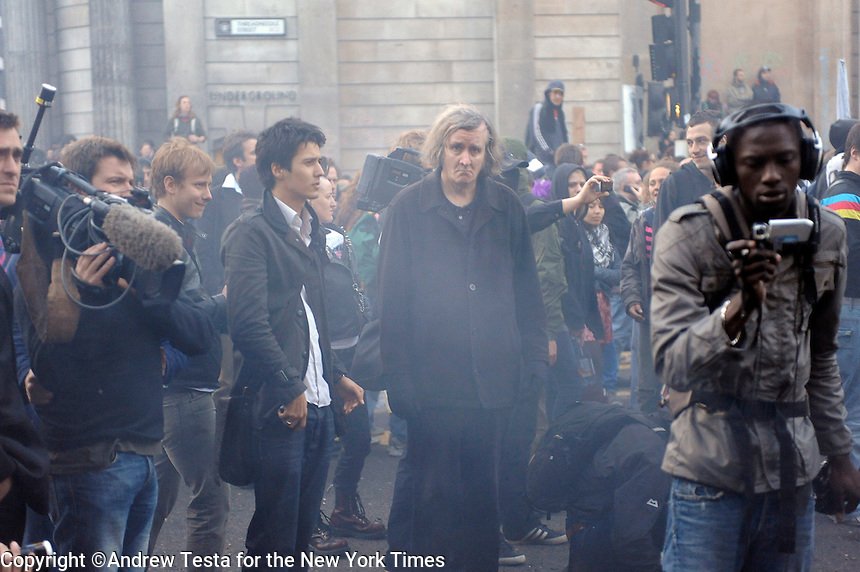 UK. London. 1st April 2009..demonstrators and media, prevented from leaving by the police, wait outside the bank of england. trouble eventually broke out when demonstrators, after several hours tried to break through police lines in an attempt to leave the demonstration..©Andrew Testa for the New York times