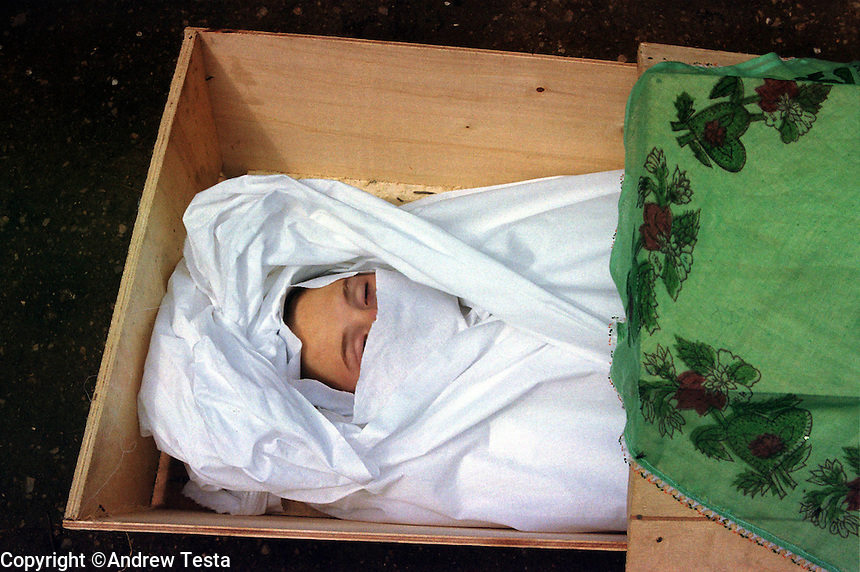 Miradije Kukaj an 18 year old Albanian refugee who was killed by a landmine as she tried to escape from Kosovo..She was buried in Gornje Blace near the Macedonian border. She was from Paldenice village, near Kacanik. Four others were killed and eight injured by the same landmine. Two bodies were buried in Macedonia, the other three were buried by the KLA in Kosovo. 29/04/99.