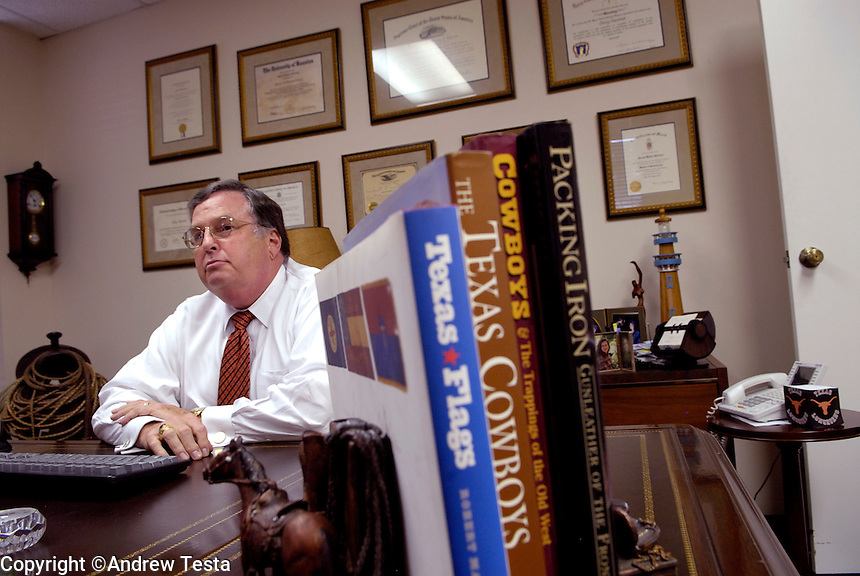 USA. Houston. 12 November 2007..Jerry Guerinot in his office in Houston. Mr Guerinot was Linda Carty's defence lawyer during her trial. He only spent one hour with Linda before her trial began. Previously he has represented 21 people who have ended up with the death sentence. Mr Guerinot is surrounded by Texan paraphernalia, in fact he comes from Rochester, New York..©Andrew Testa