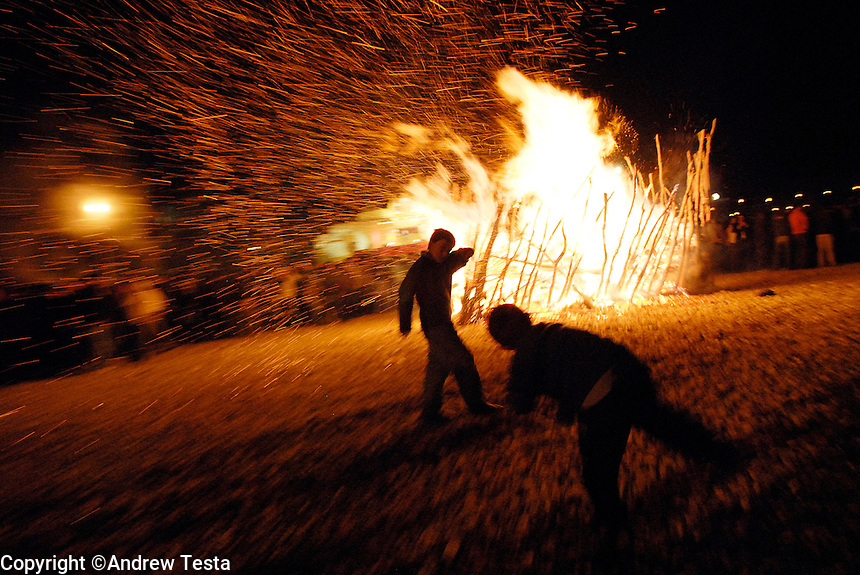 Kosovo. March 7th 2007.The night of the fires. On the 7th March 1998, Kosovo Liberation Army Commander Adem Jashari was killed along with 28 members of his family during a battle with Serb forces who had come to his house to apprehend him. His death has become legend, and every year it is commemorated by up to 50,000 people who attend the ceremony at his village. .©Andrew Testa for Newsweek