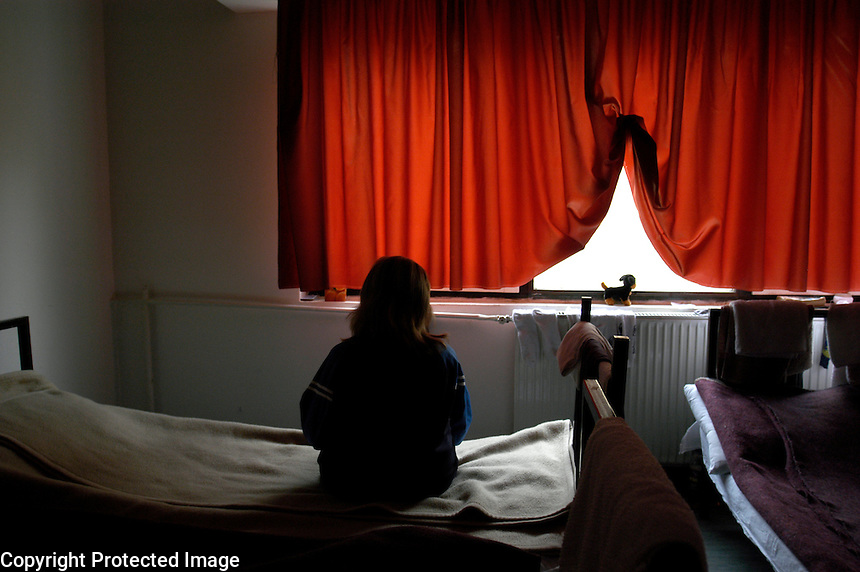 MACEDONIA. Skopje. 06 Feb 2003..A Moldavian woman who was forced into prostitution in the West of Macedonia after paying $250.00 to an Agency that promised her access to Greece, where she hoped to find work. After spending a year and three months in a brothel in Tetovo, she was finally rescued during a police raid. She now waits in a Government run safe house until she can be returned to Moldova..©Andrew Testa/Panos for Newsweek.