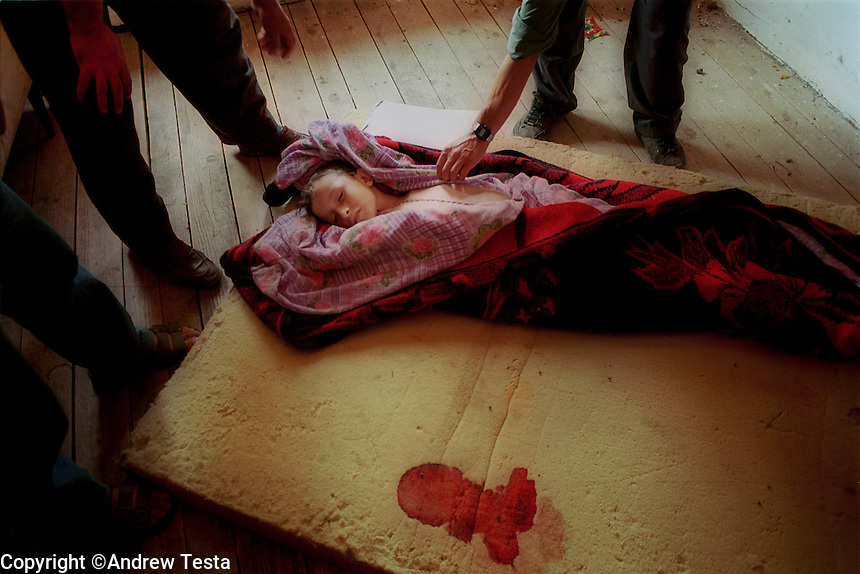 MACEDONIA. Restan. 09 August 2001..Relatives tend to the body of 11 year old Tafil Veseli, who was shot in the back the previous night as he slept on the balcony of his home. The family blamed the majority Macedonian Slav population of the village for the attack. The village had only three Albanian families amongst its population, all three left following the attack..©Andrew Testa