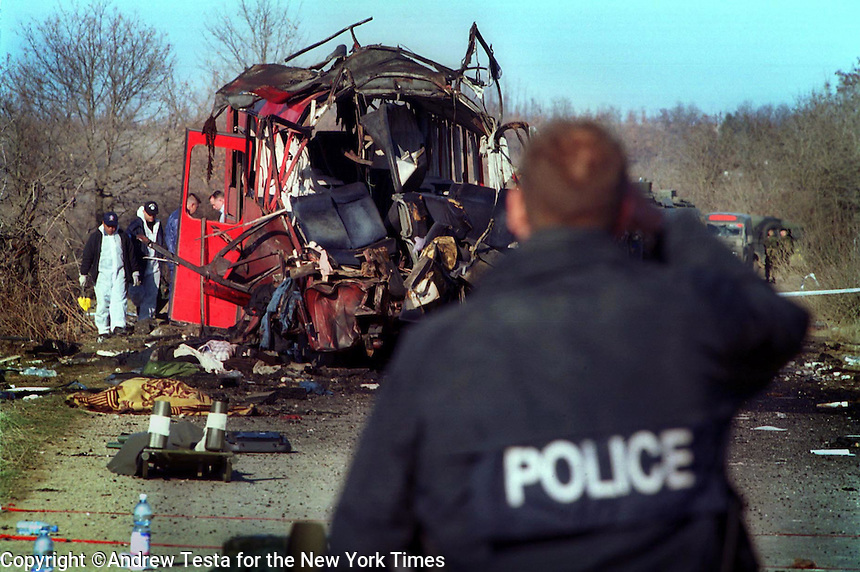 KOSOVO. 16 Feb 2001..The remains of a bus carrying 57 Serbs into Kosovo lies about 5 KM south of the Kosovo/Serbia border after being blown up by a bomb planted in the road. 12 Serbs were killed and 43 injured, 10 very seriously. The bus was one of 5 that were part of a KFOR protected convoy. Two KFOR Armoured Personnel Carriers drove over the bomb before it was exploded under the first bus of the convoy..©Andrew Testa for the New York Times