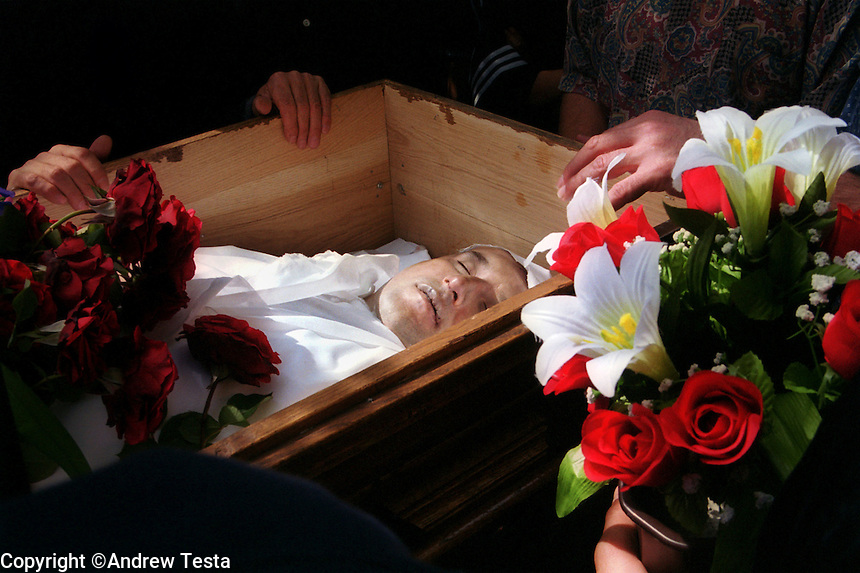 KOSOVO. Prizren. 11/05/2000..The body of Commander "Drini" (real name Ekrem Rexha) lies in the courtyard of his house in Prizren before his burial. One of the most influential KLA commanders during the war with Serbia, Drini had been working closely with the UN and other International organisations since leaving the KLA after NATO entered the province in June 1999. He was killed in a hail of bullets aftre leaving his house on 08/05/2000..©Andrew Testa